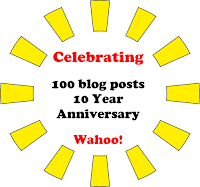 After spending 12 days on the New England to Quebec sketching holiday cruise with some lovely students, I'm now back in the studio. If you want to see some photos of the trip, go here. I'll be uploading some of my sketches soon.


This month we are covering dividing vertical space in perspective. But before I begin, I’d like to celebrate a bit. This is my 100th newsletter post, plus the 10th anniversary of Glastonbury Studios! I wouldn’t have been able to do it without you. Thank you all. It’s been an absolutely wonderful adventure. I've grown a lot and I hope you have too. Wahoo!!!

Now onto the subject at hand:

Dividing Space
So far we've learned how to find the horizon line, the vanishing point and convergent lines. For instance, here's one of the photos from last month's issue with  all the perspective ingredients. Notice in the picture how everything close to you is very clear and easy to see but as you go further toward the vanishing point (white dot), things get smaller and less distinguishable. How is that done? Well, you could guess-t-mate, which I often do when I'm drawing outside on one of my sketching holidays, fixing it all when I get back in the studio. You could also use your compass as a measuring tool to determine the distance, which is doable, but awkward. Or you could create dividing lines using the following method:

This may seem very tricky and hard, at first. But in this instance, practice makes perfect. In order to help you, I've uploaded a handout that you can use to practice.

What I've shown you above is the "skeleton" of vertical spacing. Just for fun, I took the base layout and created a scene using gouache and marker.  Here's what it looks like:

I also have a fun handout that you can use to do the same thing. Color over the lines for the fence and then let your imagination run wild.

One final thought. I was playing around with the division of space and wondered what it would look like with people instead of fences. Here's what I learned:


Now isn't that fun! But this only the beginning. We'll return to the fence again when we cover two-point perspective. For next month, let's build a room.


Studio Classes
My studio classes have started and we've got a lively group this term. The next five-week term starts the first week of November.

The Saturday workshops at PCC are usually held at the Sylvania campus from 10 a.m. to 4 p.m. Please contact PCC for details: call 971-722-6266 or visit their website at: www.pcc.edu/community.Please note: Workshops fill up early. You can email me to see if you can get in if the workshop is full.

Sketch'n on the Go ™ Tours
England in 2017
Back by popular demand!

See details at: http://sketchingenglishvillage.blogspot.com/
There is a $50 deposit to reserve your place.
Posted by Jill Jeffers Goodell at 5:11 PM No comments: