I'm sorry to say that sometimes contemporary art escapes me. Almost always if I can get an explanation of what I'm viewing, it usually makes sense. Unfortunately, in museums, magazines or even on the Internet you don't always get the straight scoop. This leads me to the question: "How am I supposed to appreciate a straight red line running down the middle of a canvas?" Why is this more important than our children's work in first grade?

There is a great article in Aristos, an online review magazine, by Michelle Marder Kamhi entitled, Understanding Contemporary Art. It is the first article I have ever read that seriously covers the inability to understand what's called today's art. When it comes to this subject, I am truly lacking in understanding. I really do wish I could go on and on about what some of this "art form" means, but I usually don't get it. And it appears I'm not alone. According to Kamhi, the ordinary person (that's me!) doesn't either. What's more, many of the artists have no intention of expecting us to know what their art is about. Kamhi says,


"Despite the abstractionists' lofty intentions, their work is incomprehensible to the poor viewer .... We cannot begin to guess their intended meaning just from looking at their work. We know it only from their theoretical writing--the equivalent, in effect, of today's artists' statements."

For example, let's consider Marcel Duchamp's (1887-1966) Fountain, 1917. I first noticed it at the Metropolitan Museum of Modern Art (MOMA) in San Francisco. Okay, I am going to share my ignorance here. I was struck by its lack of "art." Design itself didn't even save it. After all, it's a urinal! What's with that? 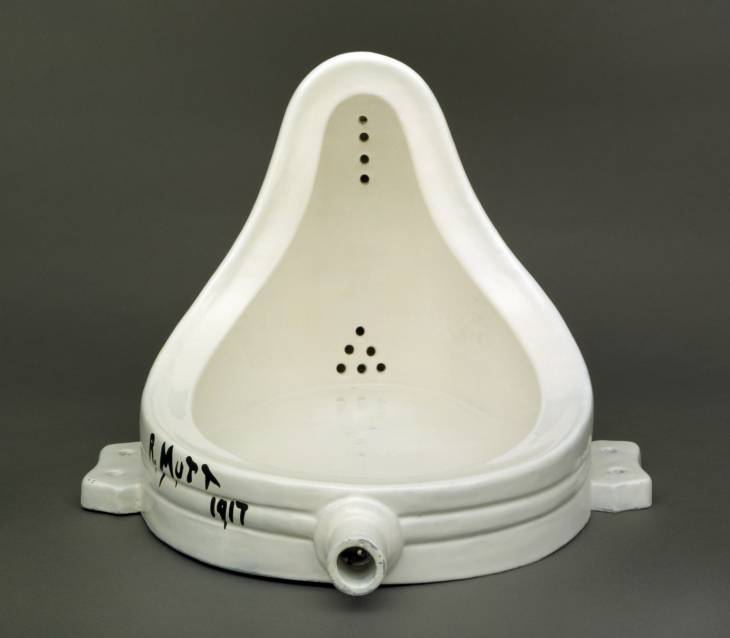 The good news is that we are living in an age where you can get a lot of what you need from the Internet (or as my husband likes to call it the little black box--the laptop).That's where I learned that this urinal was actually a statement by Duchamp. According to the Tate Museum in London, England, another modern art museum,


"Fountain is an example of what Duchamp called a 'readymade,' an ordinary manufactured object designated by the artist as a work of art. It epitomizes the assault on convention and good taste for which he and the Dada movement are best known."

What he did was to turn the urinal upside down and signed it Mutt, 1917. Later in an article, an author, some believe to be Duchamp, claims the following:


"Whether Mr Mutt with his own hands made the fountain has no importance. He CHOSE it. He took an ordinary article of life, placed it so that its useful significance disappeared under the new title and point of view - creating a new thought for that object."

Therefore in essence, if I choose to hang a set of keys from the lamppost in front of my house, I, the artist, have chosen it and thus it is art. This is where I get lost and so do others. When I go to an art gallery, I expect to be told a story--not have to stand there wondering what a blue square on white background means to:  me, the artist or whomever? Instead, most of us just shrug our shoulders and move on. 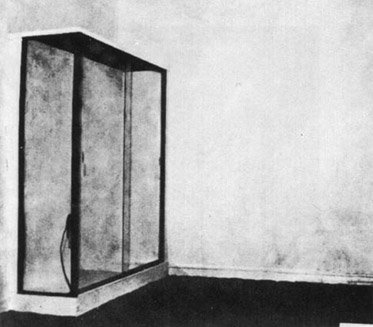 Sometimes, I think it's got to be a joke. Take for instance, Yves Klein's (1928-1962) The Void shown at Iris Clert Gallery in 1958. He took everything out of the gallery except for a cabinet that he painted white. Three thousand people waited to enter the empty room. It was a show of nothing. Why can't I have a show about nothing for 3,000 people??? Here's what Klein said,


"Recently my work with color has led me, in spite of myself, to search little by little, with some assistance (from the observer, from the translator), for the realization of matter, and I have decided to end the battle. My paintings are now invisible and I would like to show them in a clear and positive manner...." 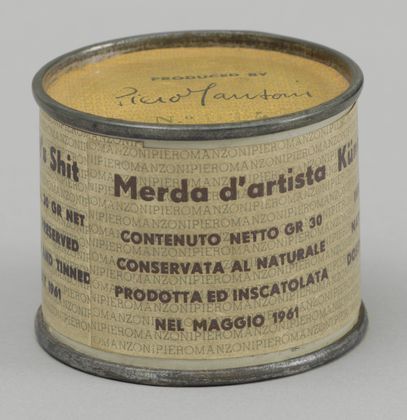 Interestingly, Kamhi notes that some of the artists who participate in non-objective art, installation art, readymades, spot painting (Damien Hirst) and so on, don't have a formal art education and some don't even know how to draw. She states:

"An entire generation of would-be artists like Hirst have graduated from art schools here and abroad with little or no real art instruction. Contemporary museums and galleries are filled with their videos, photography, and installation pieces, while ignoring the work of contemporary artists who adhere to the traditional media of painting and sculpture and who have attained the skills needed to achieve value in those forms."

And I guess her last statement is most important to me. We as artists struggle to create something from inside us. Yes,we may use a vase and some flowers to accomplish this, and for that we go unrecognized. Cezanne's fruit would rot before he would complete his paintings. And within today's terms, he would most likely be considered too traditional, too representational, too trite.

In the end, if there were design, some substance; some real sense of thought and perseverance, no assistants painting the spots for the artist, and especially thinking much more out of the box than trying to can one's own bodily waste,  I'd probably stand behind all these works and say, "Yes, we have the right choose our form of art." But instead what I see is great marketing techniques, good salesmanship and a whole lot of--well, you know.

I'll stick with my love of line, shape, form and color. I will never be in MOMA, Tate or for that matter any museum. I'm happy to submit my work to the occasional art show and teach art to my wonderful students.  I'm glad for that because I would have a real hard time trying to create nothing and expecting accolades for it.

For classes and workshops go to website: www.jillgoodell.com
Posted by Jill Jeffers Goodell at 7:06 PM No comments: