What if your voting rights were taken away through sleight of hand methods, you could no longer hold political office, your promise of land ownership disappeared,  you were oppressed though “separate but equal” and your life was endangered through beatings and/or lynchings.

Welcome to the post Reconstruction period in US history. Now after awhile, as a freedman, you could find work and more opportunity but it was hundreds of miles away. Would you make the trip? Many blacks did just that and it was called the Great Migration. It's estimated that six million  African Americans headed north or to the mid-west for a better life, which eventually sparked the Harlem Renaissance.

It’s too bad we did’t learn much about what happened after the Civil War and the Reconstruction in school. I knew it happened but it was brushed over with some dates and a story or two of carpetbaggers. So to fill in the gap and get the backstory here, let’s return to those days.  Perhaps it will give us a deeper understanding and appreciation for the arts' explosion in Harlem after WWI to mid-1930s, ending during the Depression.

After the emancipation of the slaves, three amendments were added to our Constitution, 13th, 14th and 15th . They covered the elimination of slavery, guarantee of citizenship, and the right to vote for African-American men in that order.  To ensure peace and protection, the south was carved up  into five military districts. Freedmen Bureaus were established to help freed slaves with temporary housing and provisions. Ideally that should have worked, but there were all sorts of things going on that hurt these freed people (which is entirely another story).

In 1876, the Presidential election was highly controversial (it’s not only a modern-day phenomena). The Democrat Samual Tilden won 184 electoral votes, while Republican Rutherford Hayes won 165. Twenty votes were unresolved. A compromise was formed with the Republicans taking the White House and the military leaving the South, leading the way for Redeemer Democrats who  immediately went into action to suppress voting rights. By 1905,  black men were not elected to state legislatures in the South, compared to over 2,000 in public office after the Civil War, including a US Senator and House Representative.

Things got worse with the push for White Supremacy, KKK,  paramilitary groups  and  Jim Crow laws—no wonder people had to leave. In 1900 African-Americans made up 90% of the Southern population. Within a decade, 204,000 moved North to find better living conditions.  And many of these migrants landed in Harlem, which eventually became a mecca for intellectual, social and artistic expression until around 1935.

In my readings I found a very interesting story about a guy who had just arrived in Harlem and noticed black men wearing uniforms—cops. It was amazing. What astounded him more though was when he saw a black (or colored cop)directing traffic in the middle of street with white drivers unbelievably stopping when he lifted his hand. He just couldn’t believe that white people would follow orders from a black man. Says a lot to me.

This was the time of the Cotton Club, the Savoy, writers like W. E. B. Du Bois, Langston Hughes, Zora Neale Hurston; musicians like Louie Armstrong, Dizzy Galespie and so on. Interestingly, the visual arts aren’t discussed much as many of the black artists went to Paris (I don’t blame them at all!). But there were several who either were in Harlem or were influenced by the movement and lived in other cities. Here are a few. BTW, knowing some background may help to interpret their works. All I can saw is that they are all wonderful. 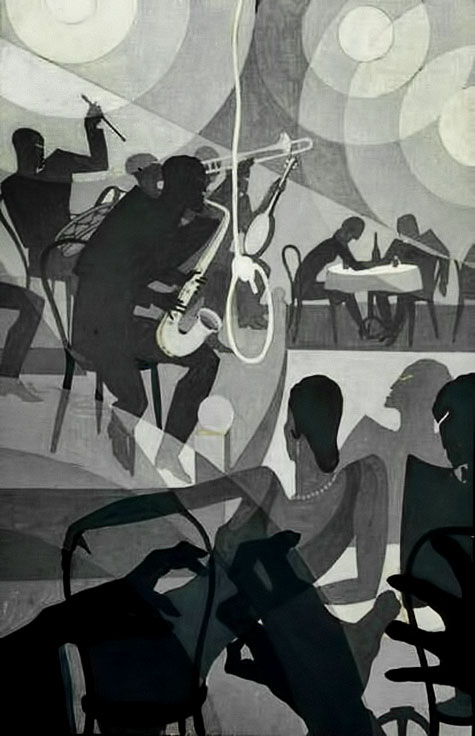 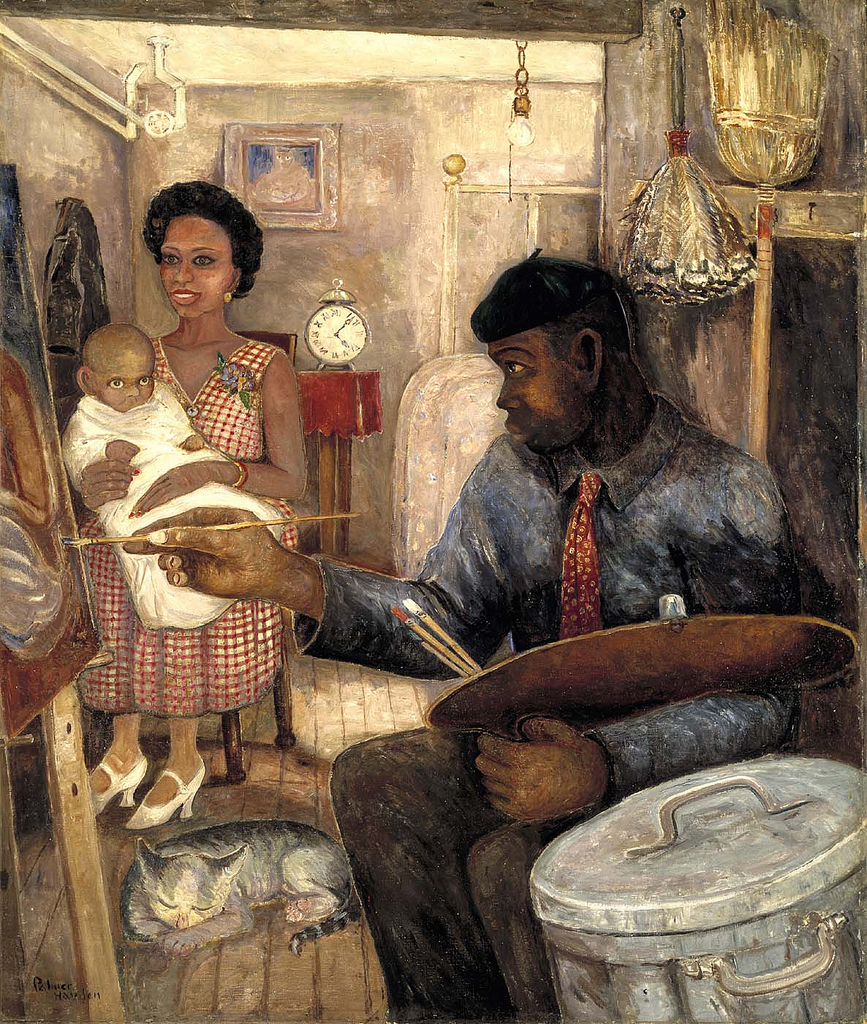 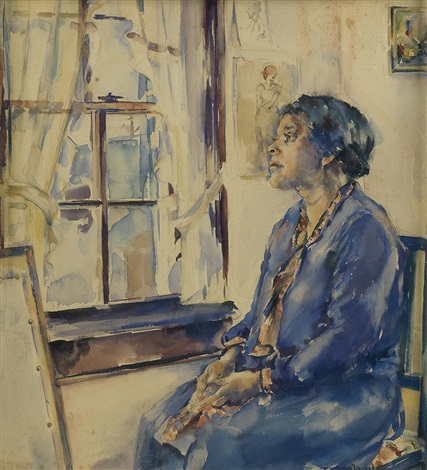 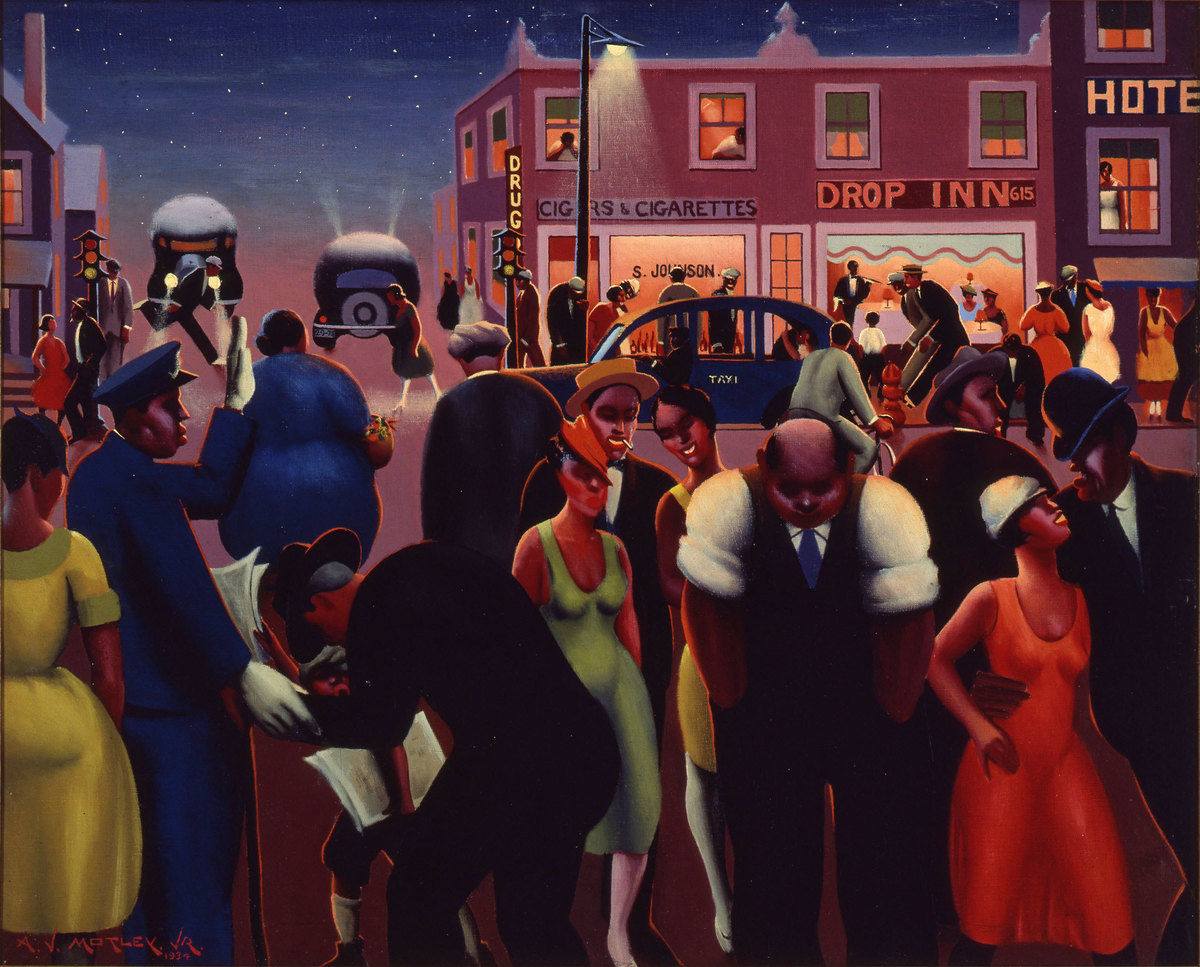 In 1941, a young, twenty- three-year-old Jacob Lawrence decided to tell the Great Migration story through 60 small tempera paintings. It’s an amazing feat, one which I will share here, but you can find more at this site.. 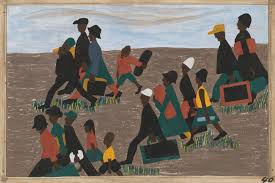 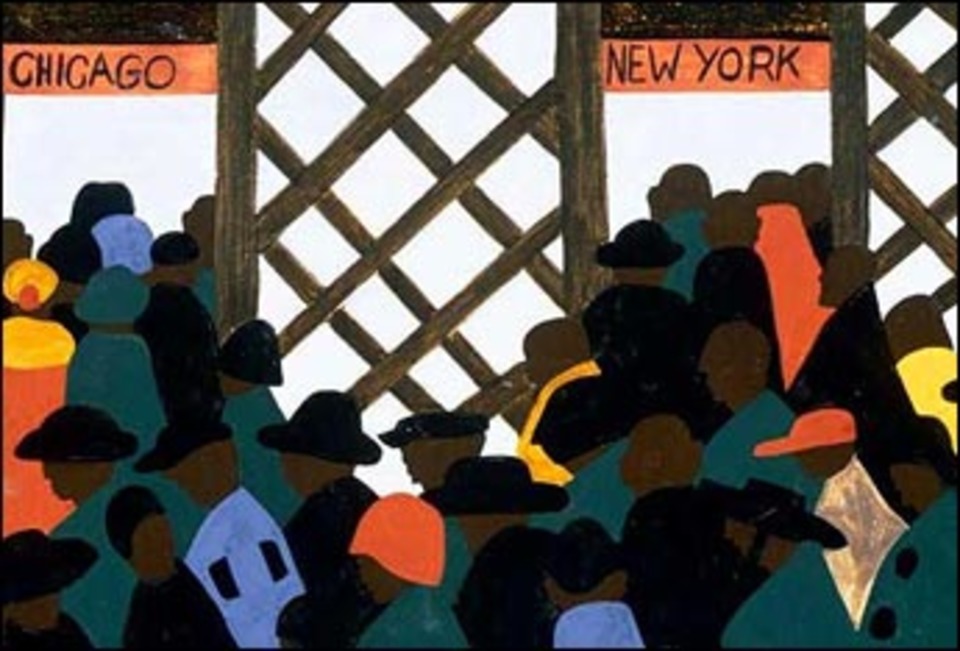 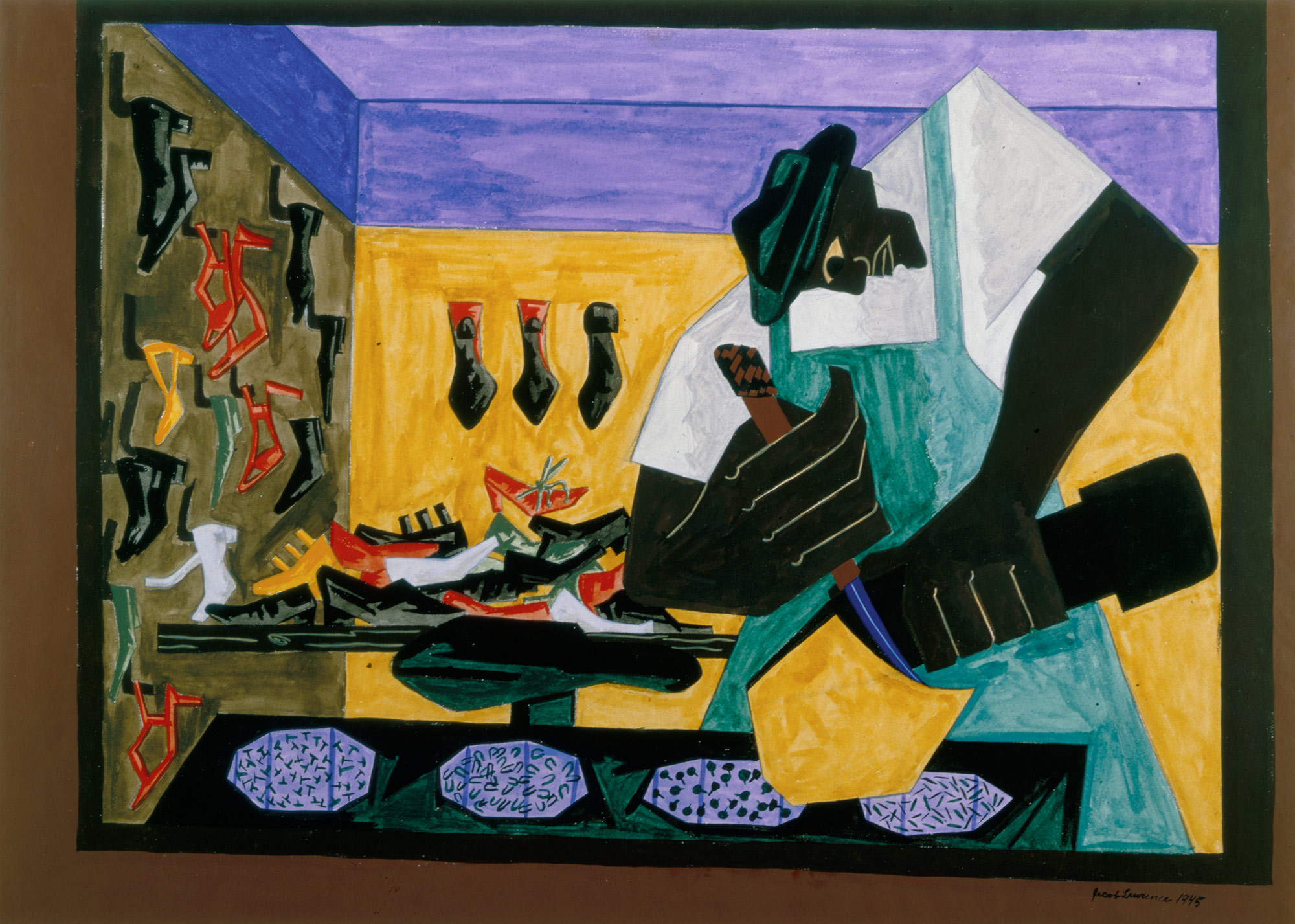 Please note, I have cancelled the November, Beginning Acrylics, workshop and replaced it with Mixing Acrylic Colors using the CMY model.

Studio Workshops
All studio workshops are from 10 a.m. to 4 p.m.
Includes most supplies and lunch
Class size is limited to ten students.
Pre-registration is required.
Only payment reserves your seat.
Cost is $85.

2019 Workshops due for publication in January 2019
Look for new travel workshops: All American Sketching Tours TBD 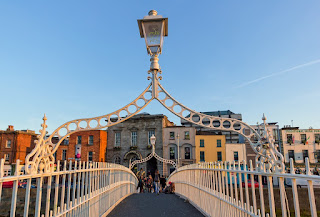 Posted by Jill Jeffers Goodell at 1:37 PM No comments: